Oops, I invented the rocket! The explosive history of serendipity ‘Square Peg, Round Hole’ Theatre Residency

Joe Tranquillo and John Hunter, both BIG members, are featured in a CNN article on memory

So you’re a cyborg — now what? 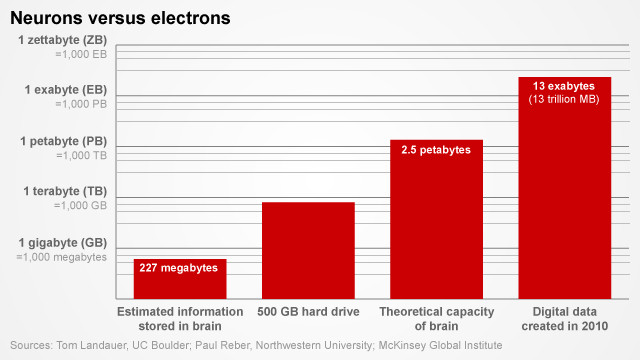 Atlanta, Georgia (CNN) — Quick: What’s the fattiest system in your body that has two halves and weighs between 2 and 4 pounds?

It’s your brain — you know, that thing that remembers stuff. But because of rapidly evolving information technology, your first impulse was probably to search for the answer on the Internet.

As we become ever more dependent on external sources of memory — using GPS to guide our driving, smartphones to keep our schedules — it’s time to rethink our ideas about what “memory” actually is.

While we don’t physically plug smartphones and other devices into our heads, in some ways we’re already one with them, as evidenced by the anxiety we feel when we’re without them. Would you remember to pick up milk? Would you know your parents’ phone numbers?

If you’ve ever found yourself running late because you left your phone at home, “you might be a cyborg,” says Fred Trotter, a blogger who spoke about information technology at the Health Journalism 2012 conference in April.

Brain implants that make you think of “Avatar,” “The Matrix” and “Star Trek” may still be to come, and scientists are working on ways that we can control devices with thoughts alone. Researchers at Duke University last year, for instance, showed how a monkey could control a virtual arm with its brain, as well as feel sensations the appendage delivered.

But in some ways it doesn’t matter that we’re pushing buttons with our fingers instead of our thoughts. We have become dependent on the networked devices that live in our pockets and colorful rubber cases, rather than what’s in our skulls.