IMPULSE Dense Network: An Interdisciplinary Performance Project Joe Tranquillo and John Hunter, both BIG members, are featured in a CNN article on memory

Oops, I invented the rocket! The explosive history of serendipity

Velcro, Vaseline, Teflon, penicillin, and now perhaps the rocket – they were all happy accidents 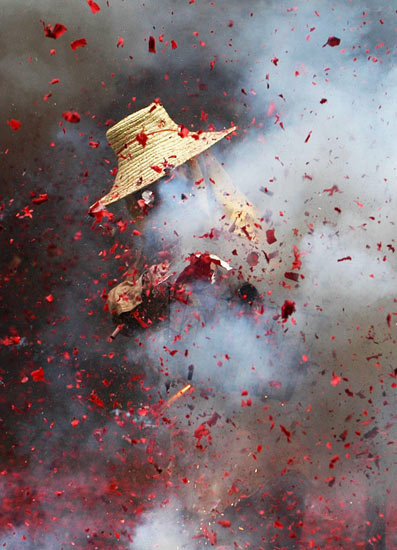 A man lets off fireworks during a festival in Guangzhou. Chinese alchemists created explosive mixtures in their quest for an elixir of life. Photograph: China Photos/Getty

Any scientist will tell you – probably at length, if you’re buying the drinks – that as much as they love their career, the day-to-day benchwork can be somewhat repetitive.

It’s the eureka moments that make science worthwhile, and such moments are all the sweeter when they’re unexpected. What the Dutch call geluk bij een ongeluk (“happiness by accident”) and English speakers call serendipity – although when an irritating colleague receives serendipity’s blessing, we’re more likely to call him or her a jammy bastard.

Happy accidents have a secure place in scientific history. Perhaps the best known example is of Alexander Fleming, who was working at St Mary’s Hospital in 1928 when he noticed that a culture of Staphylococcus aureus had become contaminated with mould – and the mould was destroying the bacteria. This chance observation led, ultimately, to the development of penicillin and other antibiotics. Similarly, x-rays, radiation and pulsars – and in a less exotic vein, Velcro, Vaseline and Teflon – all owe their discovery or existence to serendipity.