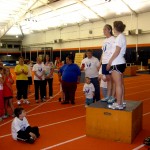 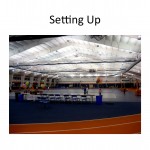 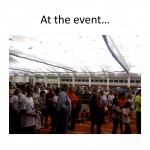 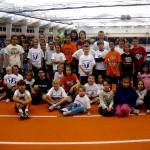 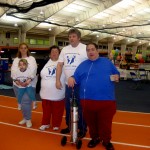 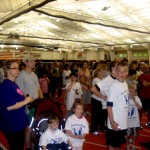 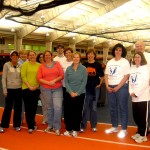 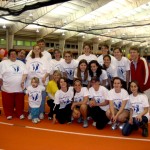 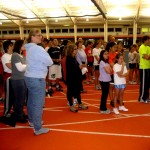 In spring, 2010, 18 students from Multiculturalism and Education (EDUC 318/618) initiated a service learning project aimed at responding to the tragedy of drownings of two local children, Assunda Rotolo (age 11) and Les Davis (age 8), when swimming in the Susquehanna River in August, 2009.

Built on the premise that no one should be denied access to the Community Pool because of finances, and that the river is an unsupervised location for recreation, the group devised an event to raise money for a dedicated fund at the Lewisburg Area Recreation Authority to support local families in purchasing pool passes. Again, a group of 20 students will undertake the task of coordinating a fundraiser to support this dedicated fund.

The students organized a Fun Walk/Run for Assunda and Les, which took place on April 25, 2010 in the Bucknell Fieldhouse. Over 260 individuals took part in the event; $4000 was raised to start the fund. Five local families contributed what they could to purchase a pool pass; the remainder of the cost was supported by the fund. The local chapter of the American Red Cross offered free swimming lessons to all members of these families.

Since this initial success, students in the spring 2011 course completed another fundraiser. Nearly $4000 was raised, supporting 16 families in the summer of 2011. This year, working cooperatively with Panhellenic, the spring 2012 class will plan yet another event, moving the fund to a more sustainable level of support.